An Ocean of Proof, One Drop at a Time 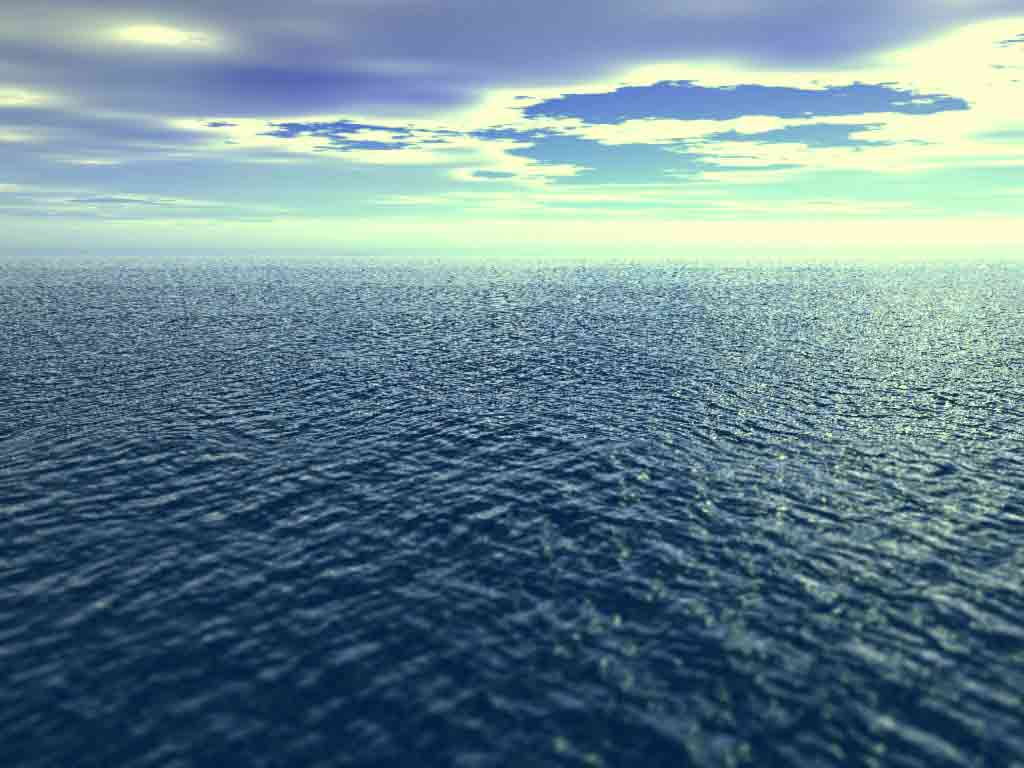 In an effort to exhibit true pioneer beliefs and practices concerning the topic of scriptural fellowship, bro. Jay Genger has compiled many recorded beliefs and actions the ecclesias believed and implemented during the lives and times of the pioneers. These historic facts are taken from the Intelligence sections of The Ambassador / Christadelphian magazine (1864-1898). It is also well known by Christadelphia that bro. Roberts composed, A Guide to the Formation and Conduct of Christadelphian Ecclesias. This booklet was intended as a guide to help new ecclesias get a start through the several recommendations made by bro. Roberts. Between the Guide written by bro. Roberts, and the Intelligence reports included by bro. Roberts in his magazine, there exists a harmony between the two that constitutes an over- whelming "ocean of proof," revealing that the present day "Fellowship" structure of ecclesias is not the same as the pioneer structure of the independent and totally autonomous structure of their ecclesias, as well as the other ecclesias of their day. The differences are important to understand, because, according to the pioneers, an ecclesia cannot properly develop if the structure is anything other than an apostolic structure.

Bro. Stephen Genusa makes the claim that a study of the Intelligence reports, which another brother suggested he examine, started him on his enlightening journey of discovering the true pioneer belief of scriptural fellowship, which he asserts is not being taught today in Christadelphian Fellowships. There is no reason we cannot investigate and determine the accuracy of his claim for ourselves. We have no objection to reviewing any pioneer work.

If bro. Genusa is correct, there will be an agreement between what is recorded in the Intelligence, and what is recommended in the Guide; furthermore, the unity between the Intelligence and the Guide will also appear in other pioneer works. If he is incorrect  then; 1) the bulk of the pioneer works; 2) A Guide to the Formation and Conduct of Christadelphian Ecclesias, and 3) the Intelligence reports, may demonstrate a uniformity between present day Christadelphian Fellowships and the pioneer day ecclesias.

We find the claim of uniformity between past and current day eccleias to be untrue, and share our findings with all readers. An Ocean of Proof, One Drop at a Time intends to list and annotate pioneer works that agree with one another, and intends to demonstrate the beliefs held and actions taken by the ecclesias contemporary with the pioneers. For the convenience of the reader, we will strive to look at the many proofs one at a time. I have no doubt that for every day that has passed since bro. Genusa asked for the pioneer proof of their understanding of scriptural Fellowship, a single proof could have been produced each and every day; from the Intelligence reports. They clearly demonstrate pioneer beliefs. This currently numbers 1,564 proofs from the pioneer era Intelligence reports alone (the number of days that have passed without any proof). Think not, or disagree? Please send the correct pioneer understanding of scriptural fellowship to us, while we post our one drop at a time reviews from an ocean of proof. We are convinced that 1,564 quotes will be easily produced from the Intelligence reports, Lord Willing, which will validate huge and unhealthy differences between pioneer beliefs and practices relating to fellowship, and fellowship as believed and practiced by today's Christadelphian Fellowships. Think so and agree? We would love to hear from you as well. Remember, not one legitimate pioneer quote has been sent to bro. Genusa during all of this time. Please, also remember that pioneer teachings were meant to nurture and support scriptural fellowship. Establishing scriptural fellowship between Yahweh, Christ, and other brothers, and between other ecclesias, was an intense desire and work of bros. Thomas and Roberts, as they are ours too. Division has its place, but not when it goes beyond the scope of Yahweh's Will. Please consider, nay, investigate: An Ocean of Proof, One Drop at a Time.

We begin with our first drop, and it aptly defines the limitations intended for A Guide to the Formation and Conduct of Christadelphian Ecclesias, by its author; [and with my thoughts in blue]

The Ecclesial Guide is a suggestion: not a mandate — which is not within the function of any (by Christ) unauthorised brother. It only becomes a rule when made such by an ecclesia adopting it: and even then it remains outside the structure of an ecclesia's constitution. The ecclesia takes so much of it as pleases them, and makes it theirs. There must and there always will be rules of some sort in every body of people who have a collective and mutually-related existence. It is a question of rules that work for good or those that work for evil. If we could have apostolic bishops, it would be a relief: but where is the wisdom of playing at what we have not and cannot have unless God speak by the spirit?

The Ecclesial Guide is a suggestion [as intended in the title of the booklet: "A Guide to the Formation and Conduct of Christadelphian Ecclesias"): not a mandate which many Fellowships of today have rendered the Ecclesial Guide] which is not within the function of any (by Christ) unauthorised brother [please note; bro. Roberts clearly states that Christ restricts A Guide from becoming a "mandate" by "any unauthorised brother," which includes "unauthorised brothers" from within an ecclesia, as well as all brothers from all other ecclesias, as the next sentence reveals. Fellowships of today are not so structured, and the Fellowship decides what is mandated, and what is not; in some Fellowships, parts, if not the whole, of the Ecclesial Guide are mandated for all of the ecclesias within it]. It only becomes a rule [the suggestion in the Ecclesial Guide becomes "a rule"] when made such by an ecclesia adopting it [and not by one member in the ecclesia; nor by another member in another ecclesia; and definitely not by a group of ecclesias in a Fellowship; but by the entire, autonomous ecclesia]: and even then it [the suggestion made in the Ecclesial Guide] remains outside the structure of an ecclesia's constitution [in other words, the suggestion appearing in the Ecclesial Guide, which inspired an ecclesia's constitutional "rule", must not be included in the ecclesia's constitution as the Ecclesial Guide's "mandate"]. The ecclesia takes so much of it [the Ecclesial Guide] as pleases them, and makes it theirs [makes it, the Ecclesial Guide's suggestion, which the ecclesia has "adopted" as their "rule,"] There must and there always will be rules of some sort in every body [single ecclesias, and not single Fellowships] of people who have a collective and mutually-related existence [within a single ecclesia]. It is a question of rules that work for good [within a single ecclesia, which makes or adopts its own rules] or those that work for evil [in the same ecclesia]. If we could have apostolic bishops [men with the Holy Spirit Gifts], it would be a relief: but where is the wisdom of playing at what we have not and cannot have unless God speak by the spirit? End of quote.

Compare the title of, "A Guide to the Formation and Conduct of Christadelphian Ecclesias," with the above quote, and a harmony between the two is easily discernable. Now compare these with the structure of present day Fellowships, and a definite contrast between the two is also easily discernable. The most obvious difference noted is the legislative manner the Ecclesial Guide is mandated in several ecclesias within a single Fellowship. This is described by bro. Roberts as: "not within the function of any (by Christ) unauthorised brother." Or other ecclesias, we might add.

Some significant differences of structure between today's "Christadelphian Fellowships," and the pioneer ecclesias, as illustrated in the above Intelligence:

1) The Birmingham ecclesia was in fellowship simultaneously with two ecclesias who were not in fellowship with each other.  After "some years" the Birmingham ecclesia obtained solid proof that one of the ecclesias in Edinburgh rejected a first principle of Truth, and as a result, also withdrew from the "Baptised Believers," as the other ecclesia in Edinburgh had done years previously.

3) The pioneer ecclesias "merged" with no other ecclesia/s, and recognized each independent and autonomous ecclesia as responsible and answerable to Christ for their actions and decisions (or lack thereof). Nevertheless, the pioneer day ecclesias withdrew and extended fellowship according to the decisions of each ecclesia. æææ

"Christadelphian Fellowships" of today, consisting of several ecclesias per "Fellowship," wrongfully equate true pioneer teachings on the subject of ecclesial autonomy and independence, with not extending any fellowship at all between ecclesias. Those who understand the true pioneer teachings are regarded by "Fellowships" as promoting "their new ideas," and not pioneer beliefs. In fact, several "merged" ecclesias within a "Fellowship" (something the pioneers and apostles strenuously objected to), believe that a merger with another "Fellowship" of ecclesias is a completely scriptural, apostolic, and pioneer structure.  A "merger document" is often formulated by the separate "Fellowships," in addition to a common Statement of Faith, and a merger of two "Fellowships" is orchestrated between them. Today's "Fellowships" know of no other way to extend fellowship, and therefore, the "Fellowship's" belief of fellowship incorrectly becomes the pioneer belief of fellowship. It is not, as attested by the above Intelligence; just one proof from an ocean of proof. The pioneers objected to just one ecclesia merging with another; and this renders their thoughts concerning the merger of two "Fellowships" unmistakable; they were against such a merger, and considered this unscriptural structure as spiritually unhealthy for the ecclesias.